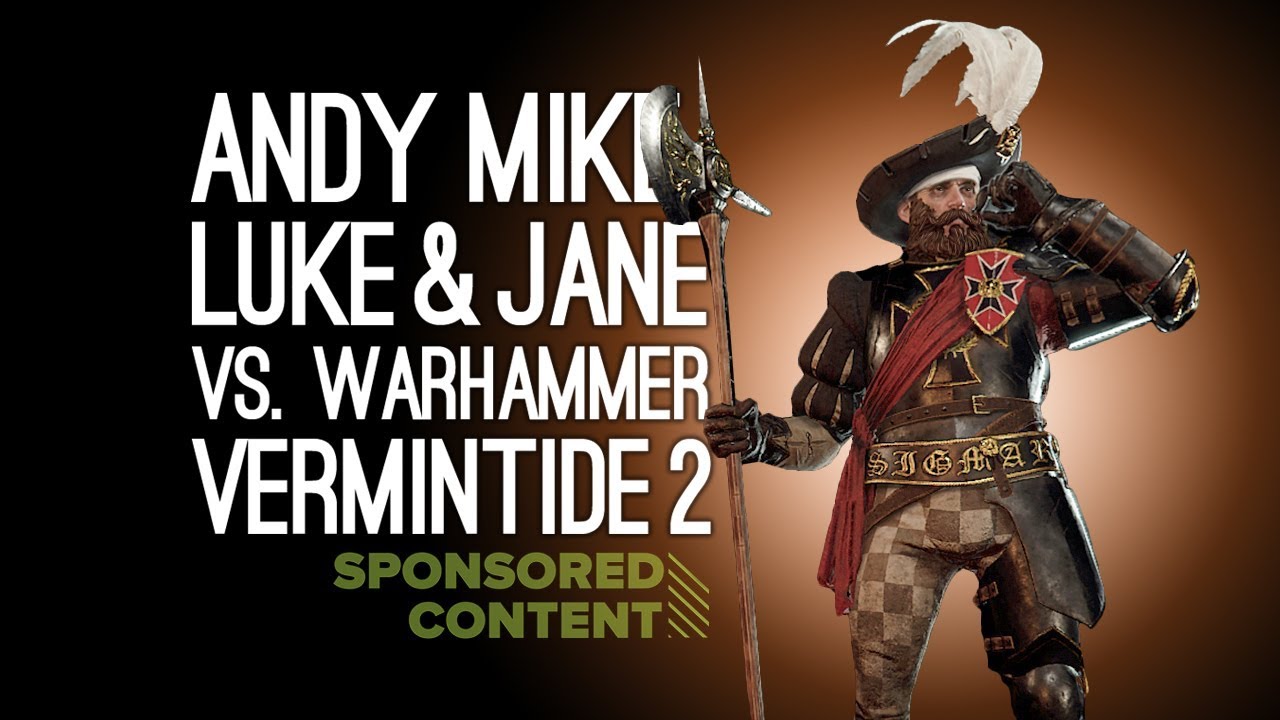 Sponsored Content: Warhammer: Vermintide 2 gameplay on Xbox One in which Mike, Andy, and Jane of Outside Xbox and Luke of Outside Xtra combine their Skaven-smashing skills to liberate a farm held by the swarming Ratmen and their allied forces of Chaos in this different-every-time, first-person fantasy action job.

Warhammer: Vermintide 2 is a first-person co-op game in which you and up to three fellow adventurers party up to exterminate vermin as a selection of the game’s five heroes, each with their own team roles and unlockable ‘career’ classes.

Warhammer: Vermintide 2 is out now on PC and Xbox One, with a PS4 version to follow.

Outside Xbox brings you daily videos about videogames, especially Xbox One games and Xbox 360 games. Join us for new gameplay, original videos, previews, lists, Show of the Week and other things (ask us about the other things).

Thanks for watching and be excellent to each other in the comments.