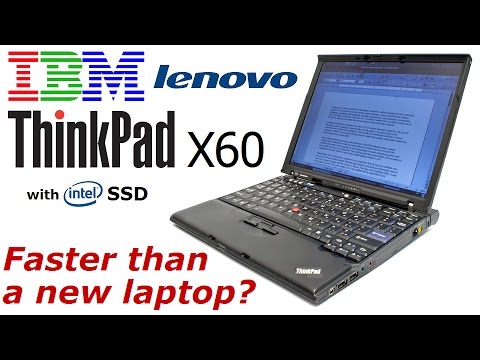 Despite being 10 years old, the IBM/Lenovo ThinkPad X60 still delivers impressive performance and functionality in a small form factor, especially when upgraded with an SSD. In fact, its CPU is actually faster than many entry-level laptops sold today! (click Show More)

The song I played in Adobe Audition can be downloaded here:

Corrections: The ThinkPad X61 and T61 were also available with the IBM logo, although it is uncommon to find them equipped as such, and the X200 (the X61’s successor) was the last ThinkPad to only have the TrackPoint and not a touchpad. (You could also get the X201 with only the TrackPoint, but most of them came with a touchpad as well.)