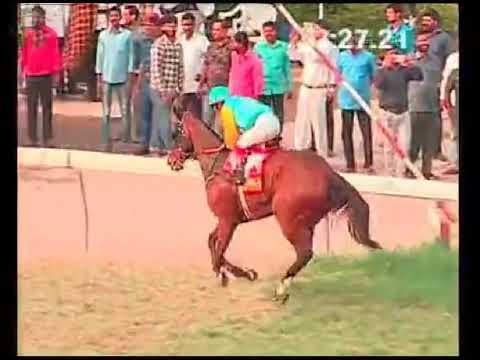 The stands were filled to capacity to witness the mega event, The Indian Turf Invitation Cup (Gr1) and the line-up was not short of glittering stars, both the equine kind and the saddle artists. The race itself was a bit out of the box as none of the initial leaders galloped in an assured manner and the lead changed several times in the first half of the race and none cracked a crisp pace. It is to Adjudicate’s credit that despite this she broke the record for the distance, clocking 2:27:02, the fastest ever anywhere in the country! It was a day of great delight for proud owners Mrs D Khaitan, Mr & Mrs A Khaitan, Mrs D Jalan, Mr Arun Nanda, Mrs Esha Nanda Bhojwani & Mr Amitabh Nanda.

For jockey YS Srinath, it was another moment of glory and his icy grip on the Invitation Cup surfaced yet again for the third time. For trainer James McKeown, this was his first Invitation Cup success and the bloke has excelled in the field and his master Padmanabhan would have savoured a proud moment although his student beat him at the game this once.