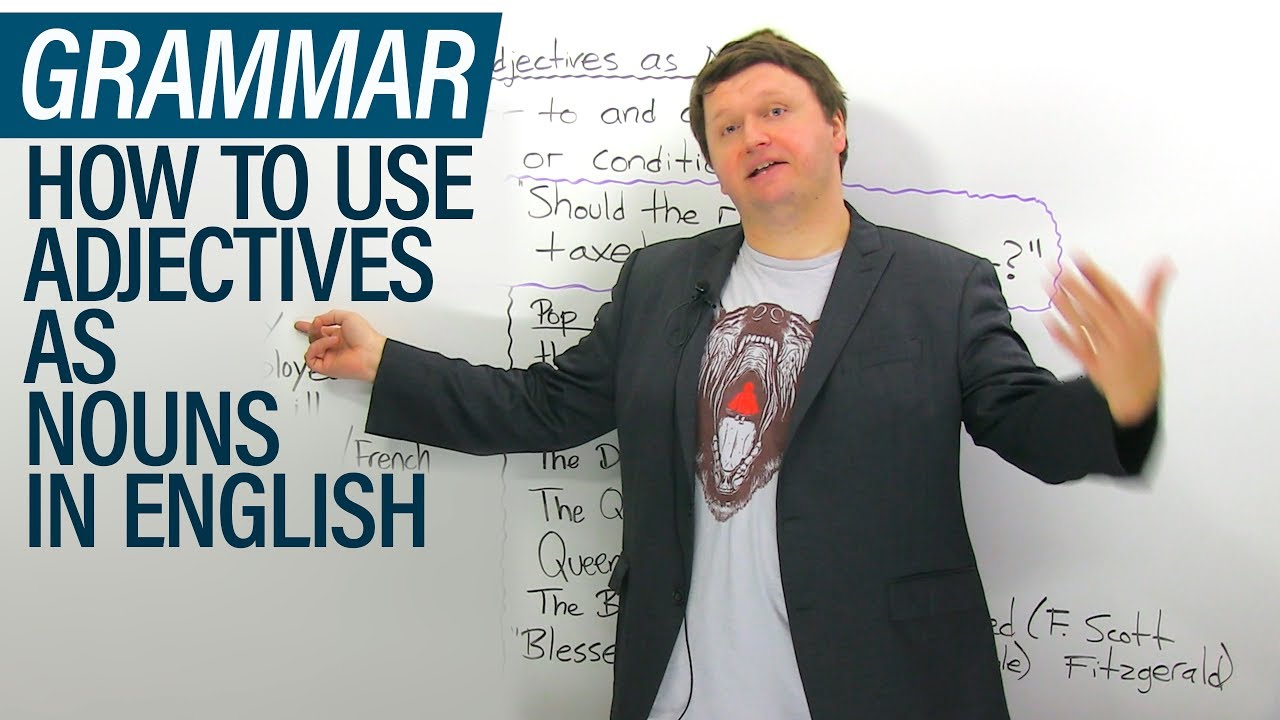 Did you know that it’s possible to turn adjectives into nouns? No, we’re not talking about word families like “heat” and “hot.” We’re talking about discussing social groups like the elderly, the poor, the unemployed, the middle-class, and more. This is a useful lesson for those who are interested in debating or writing about social and political issues in English. Alex will also look at the use of this language in popular culture by discussing famous English books and movies which utilize the form and vocabulary taught in this lesson. Click on this video and become one of the enlightened, then take the quiz at

Oh, Little Red Riding Hood, you were one of the innocent. Hey, everyone. I’m Alex. Thanks for clicking, and welcome to this lesson on using adjectives as nouns. Now, this lesson is particularly useful if you are writing academic essays, or if you are writing academic or general essays for language tests, like the IELTS or the TOEFL. This terminology that you will learn today can be used to talk about social groups, you know, that all have something in common with one another.

And to use an adjective as a noun, all you have to do is add “the” in front of the adjective. Now, this doesn’t work for every single adjective. I mean, you could say: “The happy have happier lives than the sad”, but “the happy” doesn’t really describe a known social class, so I would stay away from that and try to stick to, you know, the stuff that you see here, when talking about different social classes.

So, again, you can use this to refer to and categorize people by their social class or their condition in life. For example, if you want to talk about rich people, you can say: “the rich”; poor people: “the poor”. So, for example, here’s an essay question that you might see on something like the IELTS: “Should the rich be taxed more than the poor?” Okay? So: “Should the rich… Should rich people, you know, have more taxes than poor people?” Instead of saying: “poor people, rich people”, you can say: “the rich, the poor”.

Now I’m going to give you some examples of very common ways… Some very common examples in which we use: “the” plus an adjective to discuss different social groups. So, here, we have: “the elderly”. “The elderly” refers to people who are at an advanced age, or you can say: “older people”. Okay? So, you know, the elderly need to be taken care of by society. “The unemployed” – people who do not have jobs. You know, it is difficult for the unemployed to make progress in life, for example. So, people who don’t have work.

“The mentally ill”, so these are people who have mental health issues. The mentally ill do not receive enough support in society, or the mentally ill should have more support from governments, you know, financial backing and everything like this. You can also use this to talk about some groups from specific countries, so: “the English”, “the Irish”, “the French”, “the Swedish”. Okay? So, you can use it to talk about whole groups from another country. Not another country; just countries in general.

“The homeless”. All right? So, you can say, you know: “The government isn’t doing enough to help the homeless”, which refers to all homeless people. Okay? “The old” – similar to “the elderly”, here. “The old”… The opposite of “old” is “the young”. So, we can say: “Oh, young people today”… Or: “The young today need to have more responsibility.” And I put: “the educated”, “the uneducated” – people who are educated, people who are not educated. You can talk about both of these.

And while I’m looking at these, I realized that I forgot to put a couple very, very important ones for you guys, so let me do that right now. Now, these three groups don’t completely follow the rule I laid out at the start of this lesson. So, I said: Use “the” plus an adjective to categorize a social class. These three classes: “the working class”, “the middle class”, “the upper class” use the adjective plus the noun “class” to categorize them, so this is why I left it out of, you know, these ones because the rules are a little different; it follows a slightly different structure. But you can talk about, you know, “the working class” – those who have lower paid jobs; “the middle class” – those who have medium-paying jobs; and “the upper class”, so basically the rich. You can use this a lot to talk about economics; the economic situations of different people in a country, in a society.

Now I’m going to give you guys some pop culture examples of this, you know… Using adjectives as nouns. For example: “the dead”. Look at this quote: “We are the dead.” This is a very famous quote from the book 1984 and a song lyric by David Bowie. Those of you who don’t know, 1984 is a dystopian novel by George Orwell in which a totalitarian government, you know, watches everything that their society does. […] 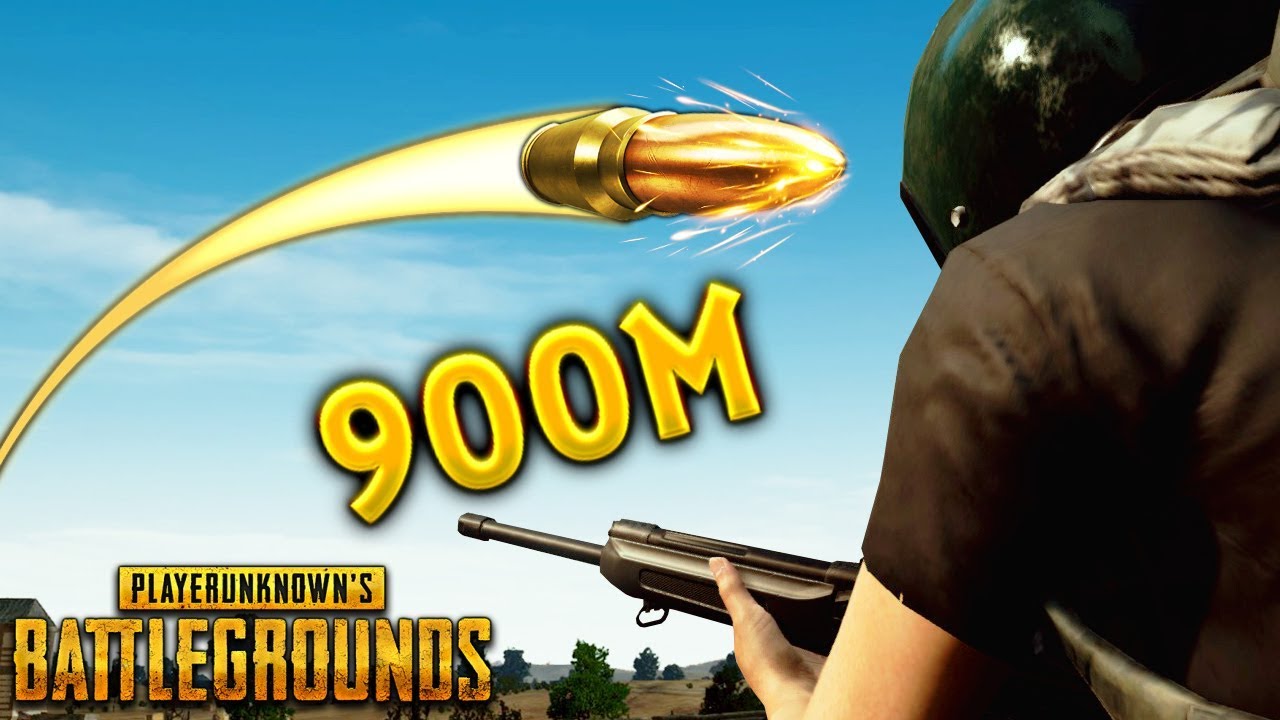 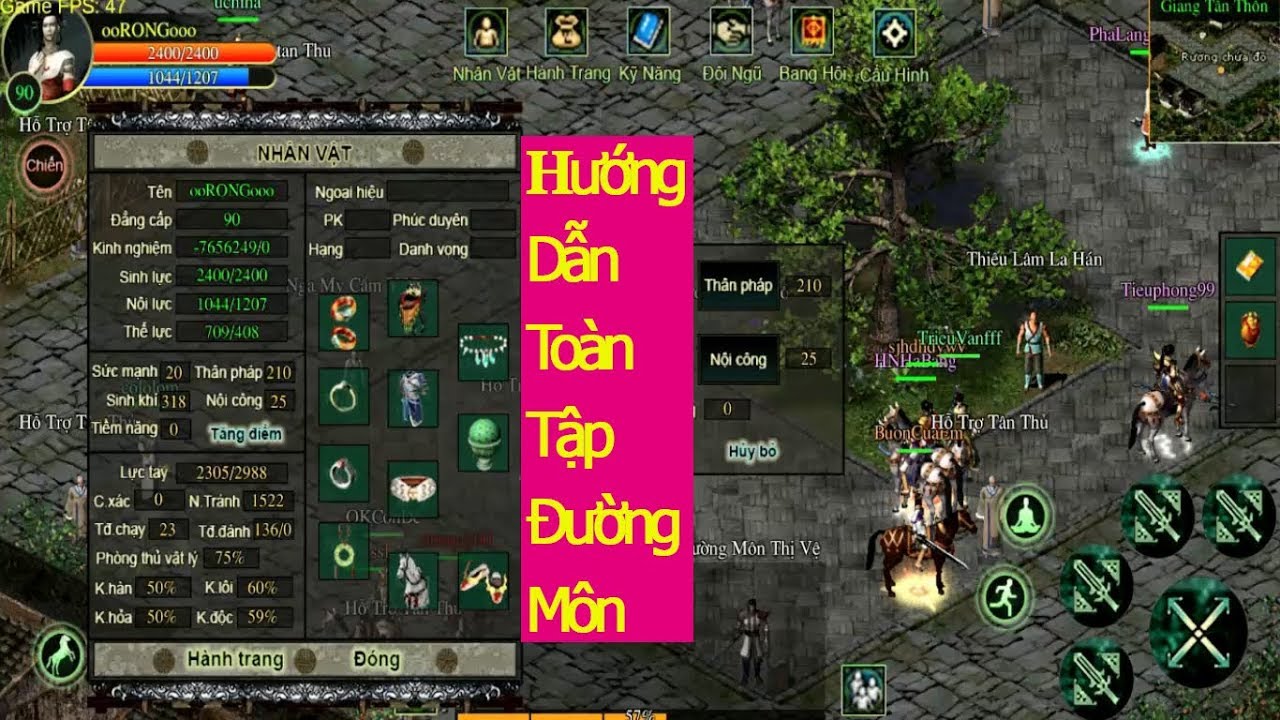 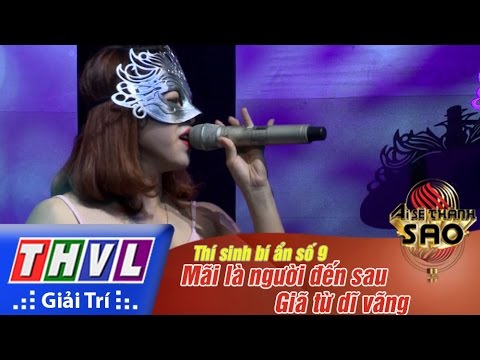 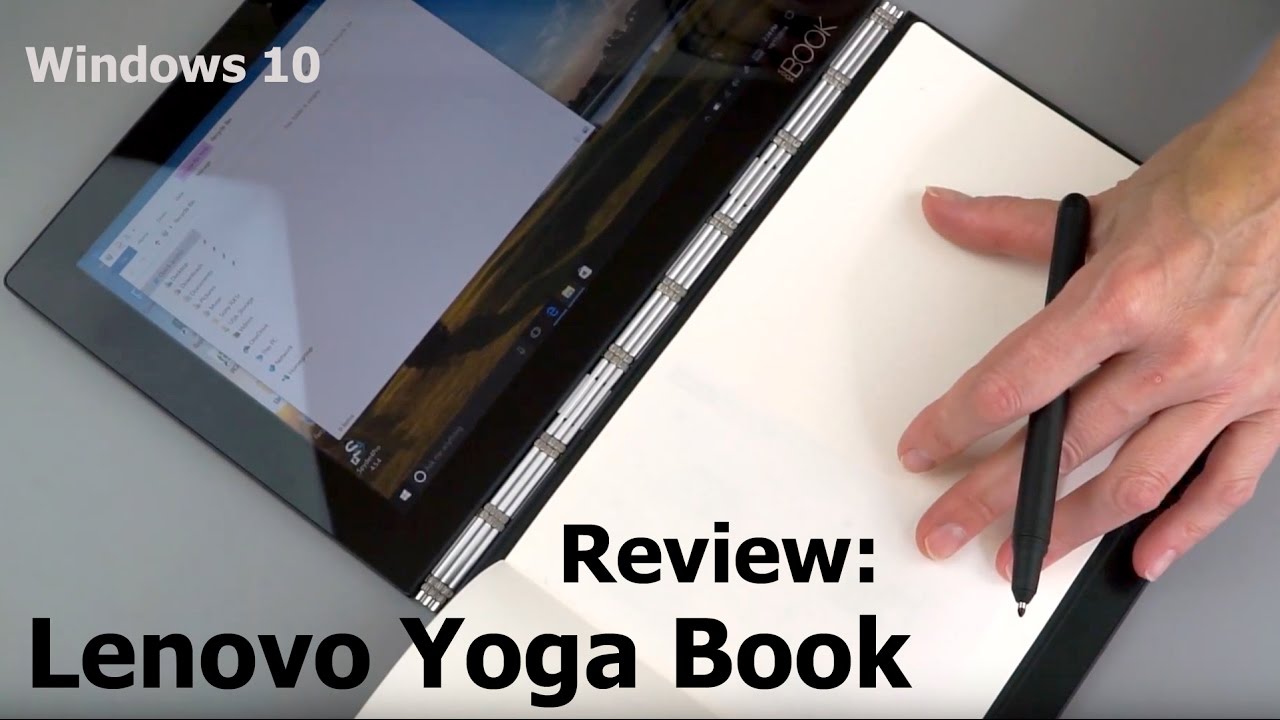 Lisa Gade reviews the Lenovo Yoga Book, a futuristic tablet/convertible laptop that’s available running Windows 10 or Android 6 Marshmallow (we use the Windows version in this video). It’s a 10.1″, 1.5 lb. ultraportable that you can take anywhere, and its build and design are impeccable. Open it up and you’ll see a 1920 x 1200 IPS touch screen with basic “AnyPen” pen support and a flat surface where the keyboard should be. That’s the Create Pad, and it’s both a capacitive keyboard and a Wacom EMR digitizer that you can write and draw on (even through paper) with the included pen. The Create pad supports 2,048 pressure levels and has palm rejection, unlike the display digitizer.

The Yoga Book has specs that are better suited to Android, though both Windows and Android run on the exact same hardware: 1.44 GHz Intel Atom x5-Z8550 CPU, 4 gigs of DDR3LP RAM and 64 gigs of flash storage. Still, it can handle basic Windows tasks decently. The Yoga Book has dual band WiFi 802.11ac, Bluetooth and optional 4G LTE. It’s relatively affordable at $500 to $550.

** We have a video review of the Android version here: 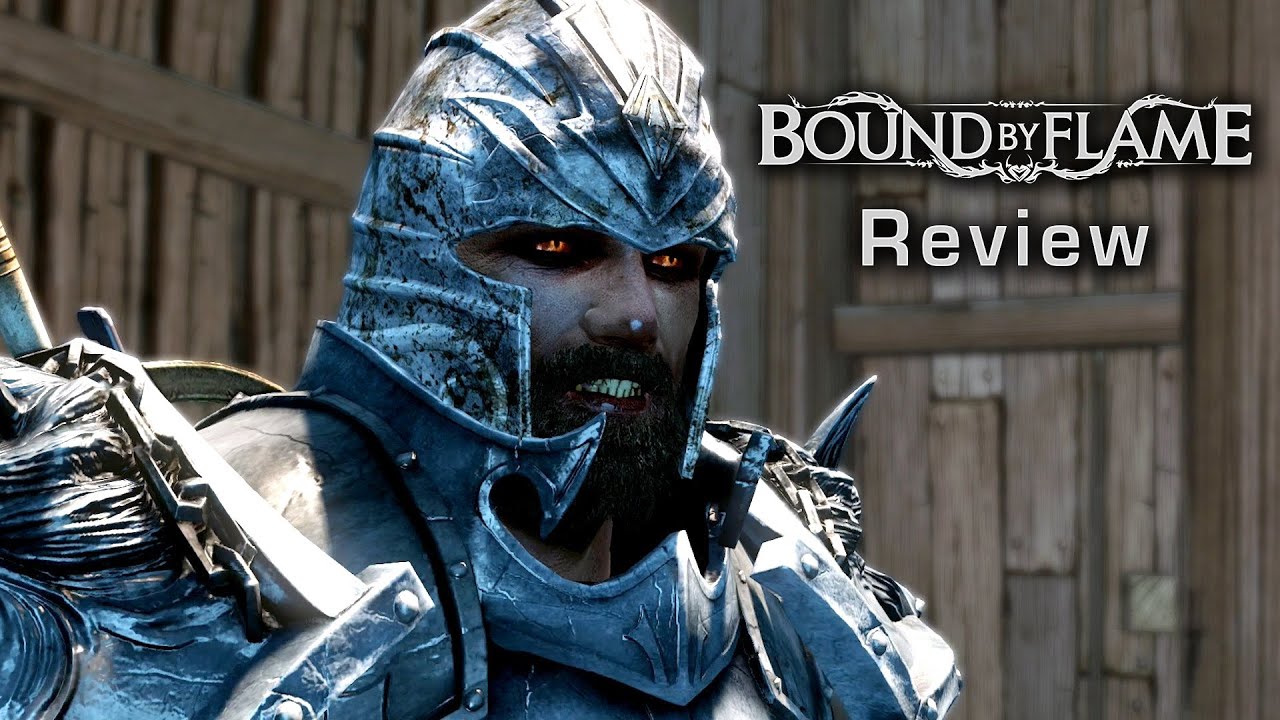 Kevin VanOrd gets in touch with his inner demon in this review of Bound by Flame. 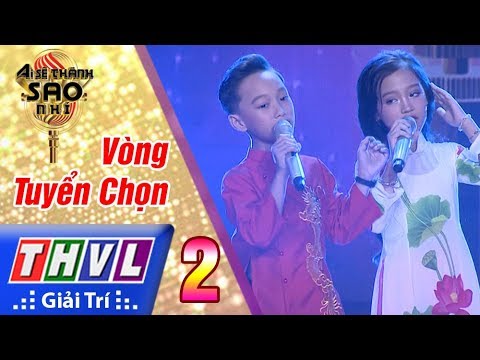 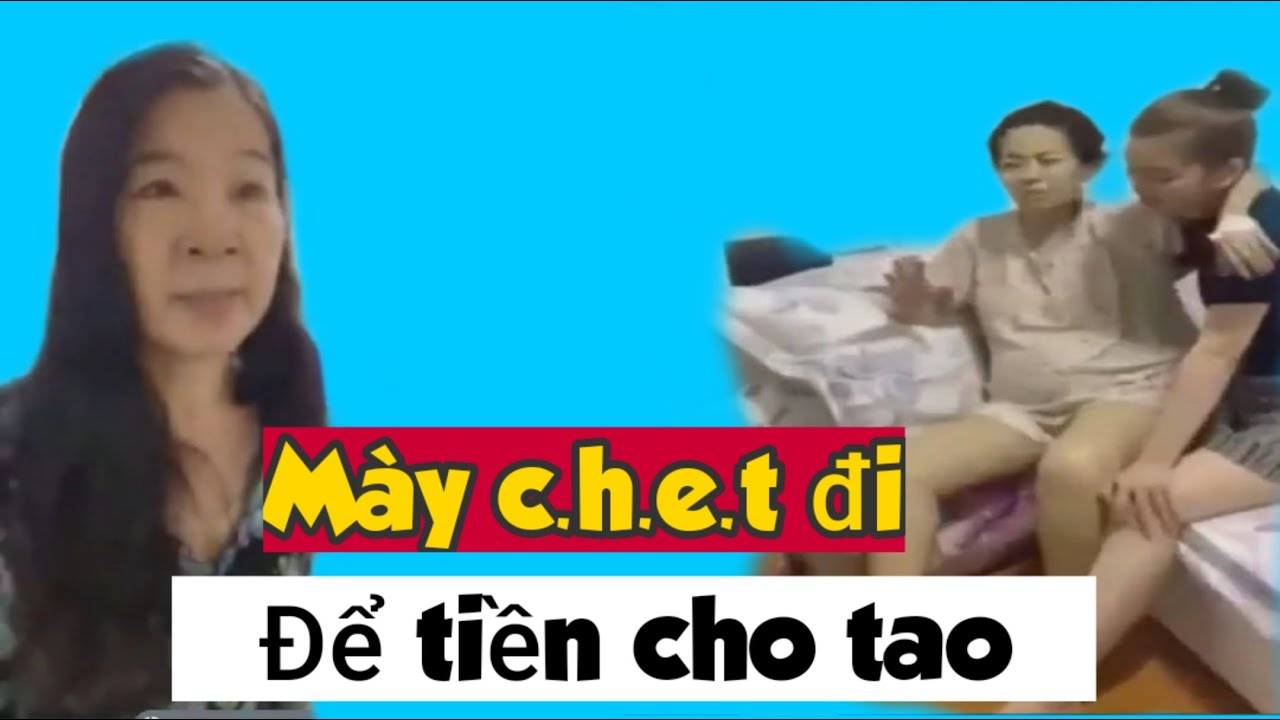